April 17 – Airline delays made arrival in Jakarta on April 19, and ambassadors were welcomed by humid air and palm trees. All the ambassadors met for breakfast and then went on a guided tour of Jakarta, which was designed by the Dutch.

April 20 – Visited Cambridge International School and met some of the teachers who included FF member Miss Helmi, who gave the welcome speech. Students performed a stunning fold dance for them. Boarded a bus to travel to Bandung where they met their home host.

April 21 – Started out with a drive up to Kawa Putih Crater then walked down into the crater once we reached the top. Tourist are celebrities and everyone wanted pictures taken with them. Toured a tea plantation but was hampered by downpour of rain. Next visited Rakyat Newspaper office where the chief editor gave them a tour and explained the mission of the paper in promoting peace.

April 22 – Tahu (Tofu) factory was very interesting, and it was decided the soy beans must have been imported from Iowa. Viewing an active volcano in the Tangkuban Parahu National Park was hampered by low clouds and hawkers sell their wares. Next stop was a demonstration of how batik cloth was made – very beautiful and expensive. After seeing orchids and a rhinoceros beetle it was decided to hit the Hot Springs Spa Ciater with drinks after.

April 23 – Went to Shalonof Madam Sofie. This shop specializes in supplying traditional dresses from different regions and islands of Indonesia. All ambassadors were dressed in traditional Indonesia dress and pictures were taken. Next stop was Museum Geologi where they found a collection of energy and mineral resources. That evening a farewell dinner and presentations were conducted.

April 24 – Bus departed at 4:30 am to Jakarta’s airport to take a plane to Malang to meet their new hosts. The rest of the day included a visit to the high school to hear traditional Javanese musical instruments and then evening with their hosts.

April 25 – Took bus to Wonosari Tea Plantation which is government owed. A tour was taken and they learned a lot about different types of teas. The highlight was giving the tea field workers packages of food provided by the local club.

April 26 – The group got another tour of a Batik fabric factory, visited a very large nursery and went to the Secret Zoo at Batu. The day ended with journey dinners.

April 27 – Regency Center was the focus of the day. The cultural heritage, love for music and dance were highlighted here. They joined a parade with a ride in horse carts with 100 foreigners being dropped off at the Candi Singosari temple. They watched a show depicting the story of Princess ken Dedes and Ken Arok at the Candi Jago temple. After exploring Tedja’s farm and orchards they were treated to an unique afternoon massage. The evening ended with a city center at the Festival Padhang Bulan Festival (festival of the full moon.)

April 28 – Visited a Jr. High School that was used as a hospital by the Japanese during the war, walked through the Sunday market where food, clothes, pets and more were sold, saw high school students dance in honor of the rising sun, and entertained with songs to end their outing. A farewell dinner allowed all to say goodbye.

April 30 – Guide took them to the Palace in the province of Uburt. Princess Atun joined them for tea upon arrival and shared historical stories with the ambassadors. Also seen that day was the LAWAT coffee factory where they received a special treat of tasting this special coffee that cost up to $600 a pound in USA.

May 1 – The last day with everyone included shopping, observing woodworking, with the day ending at Sachdeva (Shiva) temple, which was a feast to the eyes.

Homeward bound was easier said than done; it took our group 48 hours to get home. Home never felt so good. 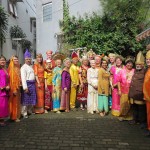 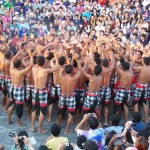 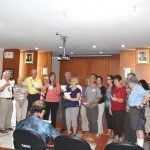 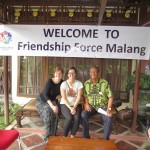 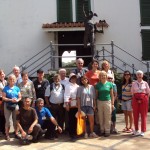 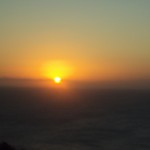 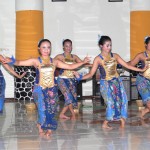