Five Delegates, one facilitator, and one interpreter participated in this journey.

Friday, April 12 – A welcome potluck was held to meet hosts & other club members to get acquainted and start the friendships.

Saturday, April 13 – The group toured going to Dubuque for a guided tour of National Mississippi River Museum and viewed the Mississippi Lock and Dam. On their way home they stopped at the Dyersville Basilica.

Sunday, April 14 – The morning was free to spend time with host families. In the afternoon a round-table dialogue was held with local families who had adopted children and delegates from Russia. The afternoon was finished off with our World Friendship Day Celebration where our Open World Ambassadors from Russia and Foreign Exchange Students, their families and/or mentors were our guests. It was a great day for sharing and learning so much about different cultures.

Tuesday, April, 16 – The group attended the Linn County Board of Supervisors where an Informational dialogue of regional government of social reform and mental illness, etc was held with a tour of administrative office following. The afternoon was filled meeting other adoption related services – Tanager Place and Bethany Christian Services,

Wednesday, April 18 – The trip to Des Moines and a visit with Governor Terry Branstad and Lieutenant Governor Kim Reynolds was next. A special meeting was arranged for the group to have an informal meeting with a single parent who has adopted 3 Russian children — great discussion & insight. The last stop of the day was to meet with members of the Meskwaki Child Welfare Office and to have a dinner of Indian Tacos at the Youngbear house.

Thursday, April 19 – The day started off with a meeting with New Horizons Adoption Services which oversees pregnant mothers, orphans, teaching, organizes pregnancy centers and maternity homes, International and domestic adoption services. After lunch they had a short walking tour of Uptown Marion, Marion High School and a Marion Fire Station.

Thursday, April 19 – members attended the both Marion & Cedar Rapids City Council Meetings where they were introduced to the council members. The afternoon was spent having Congressional dialogue with Senator Charles Grassley, Senator Tom Harkin and 2nd Congressional District Representative Bruce Braley. The day ended with a farewell dinner where the program certificate ceremony was held.

Friday, April 20 – Members were sent off at the airport with wishes for great success in their work when they got home. This was a great group of ambassadors representing Russia. 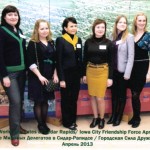 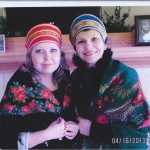 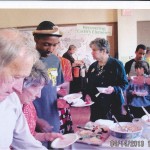 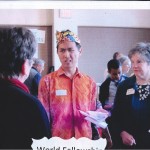 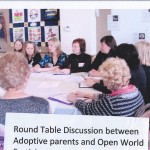