On November 1, a warm, sunny day, our group of 21 ambassadors arrived in Kaohsiung, Taiwan. Some came directly there and others stopped in Hong Kong for a short visit.

We enjoyed visiting with our host families and their extended families; walking through their neighborhoods, cheering for the home team at a member’s week-end baseball game and experiencing Taiwan through our host’s eyes. We experienced all sorts of new culinary adventures: delicious exotic (to us) fruits such as dragon fruit, Buddha head, kiwi with yellow flesh and mangos – to name a few. Several times, we enjoyed 10 course dinners that included rice, fish, several kinds of vegetables, pork in a variety of forms; soup and ended with fresh fruit. Each dish was placed on a large lazy susan in the center of the table and everyone helped themselves.

Kaohsiung The activities with the Kaohsiung club were well planned and diverse. The group program included a visit to City Hall where we were treated like rock stars including a welcome on the lobby screen; a visit to Ciji Island,via a short ferry ride from downtown; a visit to the famous Buddha Memorial Center with a guided tour and time to explore on our own; lunch featuring aboriginal foods and then watching an Aboriginal dance show. Some ambassadors even got to dance with the entertainers. A bus trip took us to Kenting National Park on the southernmost part of Taiwan. Here we stood on a windy bluff overlooking the Pacific Ocean. Then we went to the Marine Biology Aquarium where the highlight was seeing penguins. A visit to I-Shou University ((16,000 students) showed us how international students are introduced to Chinese culture and also how students in the Applied English Program use English in practical situations. At our farewell dinner we enjoyed singing and a demonstration of tai chi.

Taipei After saying a fond farewell to our hosts in Kaohsiung we took an hour and half ride on the fast train to Taipei. We again experienced warm hospitality from hosts eager to show us their culture and share their lives. Taipei is the center of government and has the Chaing Kei-Shek Memorial Hall where we watched the changing of the guard and then learned about the city history and saw the city council in action. A highlight of our time in the northern part of Taiwan was a visit to the Yehliu Geopark where we saw sand structures formed into interesting shapes by wind and water from the coast. These actions continue to change the structures. On the return home we stopped at Tamsui to watch the sun set between buildings in Taipei. At the Yingge Ceramics Museum we learned about the how ceramics has evolved from utilitarian to works of art. After a multiple course dinner at a fish restaurant, that is frequently the site of wedding banquets, we took a boat ride on the Shimen Reservoir. Yangming Mountain National Park is near the city yet feels like it is an isolated nature experience. We went to the National Palace Museum which features art treasures brought to Taiwan from mainland China 50 years ago. A meeting at the Tzu Chi Foundation provided a lesson in tea ceremony and enabled us to present our journey donation to the foundation for its charitable activities. The farewell dinner featured music and dancing by club members. They provided costumes to the ambassadors and they taught us a dance for the finale. 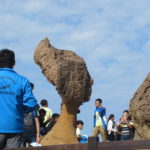 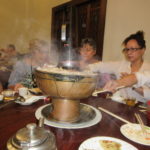 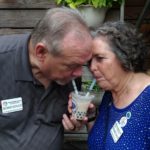 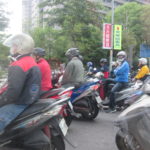 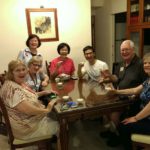 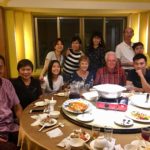 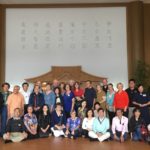 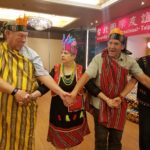 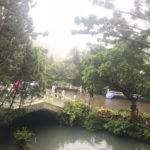 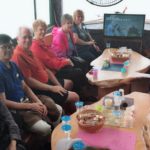 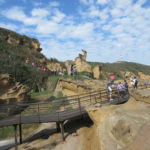 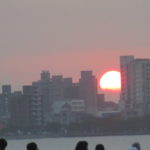 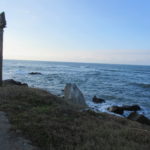 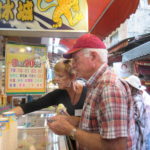 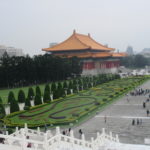 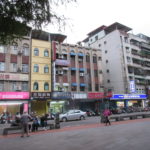 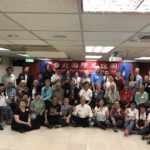 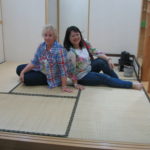 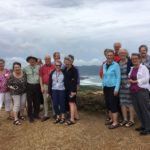 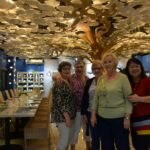 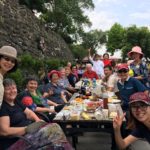 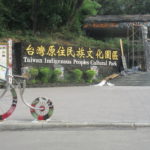 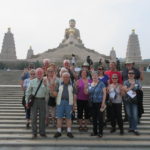 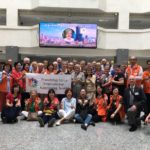 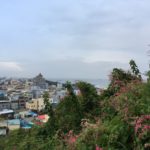 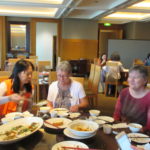